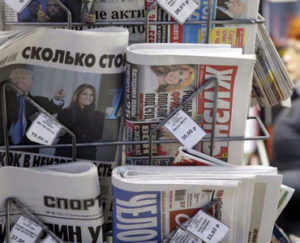 Various kinds of ‘truth’ can shore up, undermine, challenge, or legitimate democracy. The Meridian 180 forum on Democracy and Truth explored conceptions of ‘truth,’ from present-day historical narratives about democratic transition to growing concerns about denials of scientific facts and fears about diminishing accountability during perceived democratic crises.

At the heart of this forum was a desire to test the dimensions and limits of truth-seeking as a necessary democratic procedure or a measure of democratic health. In particular, forum organisers invited participants to consider the potentially generative aspects of individual and collective acts of selective forgetting in shaping democracy. Organisers prompted a comparative consideration of the costs and benefits of imagining democracy as either rooted in or defended by truth. They also suggested that participants discuss the ways in which tensions between active remembrance and non-remembrance (whether deliberate or unintentional) can unfold, for better or worse. This included exploring both the productive and negating roles of mis-remembrance and imposture in democratic truth-telling.

Forum organisers also hoped to address perceptions of hypocrisy and their role in our appreciations of democracy’s sustainability or vigour. Particularly in light of what seems to be a mainstream preoccupation with reading democracy as hypocritical, we asked participants to articulate how we should respond. Are there non-cynical positions that scholars, activists, government officials, and citizens can adopt in defence of democracy? Might these include – alongside or in place of calls for greater transparency or accountability – a willingness to experiment with positive forms of forgetting or not speaking out? Or perhaps an openness to consider exchanging established measures of democratic truth-seeking for new, unexpected ends? This might include critical reflections on our own diverse professional conventions of truth-seeking or a cultivated ability to see or reveal things others can’t (or won’t).

Finally, organisers asked participants to consider the extent to which these questions break down or survive in the face of divergent historical, geographical, and cultural contexts. Can a broader conversation about Democracy and Truth respect such differences?

During the course of the forum, participants from multiple disciplines and backgrounds and a range of countries (including Brazil, China, Japan, Qatar, South Korea, UK, and USA) explored these questions through specific contemporary and historical examples in which the relationships between democracy and truth appear at risk, are re-articulated, or arouse provocations.

The conversation included contributions centred on:

Wider theoretical conversations among participants also developed, addressing, for instance, the lost legal tradition of ‘reasonableness’ and its possible parallels to concepts like ‘good faith,’ or the productive role of postcolonial critique in destabilizing the parameters of any discussion about democracy and truth. Participants also engaged in a lively exchange about democratic methodologism, the uncritical privileging of scientific methodology over other research concerns; musings on Foucault’s deployment of ‘parrhesia’ or ‘frank speech’ and its value in considering the paradoxes of democracy and truth; and considerations of Latour’s assessments of defensible modes of truth-telling. Other aspects of the forum evaluated the strategic productivity of sometimes holding truth in abeyance; the use and abuse of fact-checking as a defence of truth; imaginative technologies of democratic participation; and transitions from facts to consensus.

As the section above highlights, this was a wide-ranging and multi-focused discussion. For some, the challenges lay more in confronting threats to democracy and truth directly, for instance through developing or supporting new ways to hold institutions, politicians, and media accountable. For others, the challenge became more circuitous, questioning the premise behind much of the public debate – sometimes even including the premise of the forum organisers’ questions – and proposing inquiries in other directions. In any case, the forum opened up multiple strands of investigation, at least some of which clusters of contributors are continuing in different ways, for instance, by exploring further the nature of historical negation or revisionism or by investigating the historical value placed upon free speech in fascist regimes.

The forum organisers look forward to future exchanges and thank all who took part, including those working behind the scenes to ensure that Meridian conversations can happen.