Meridian Forums are a unique and innovative venue for shared learning and experimentation. Thought leaders and experts initiate digital forums and invite members to engage in dialogue and debate on some of the most pressing global challenges of our time.

Every contribution posted by members in the forum is translated into Chinese, English, Italian, Japanese and Korean. Forum Summaries, which outline the central themes and ideas discussed among members in Meridian Forums, are posted publicly here after the close of each forum. 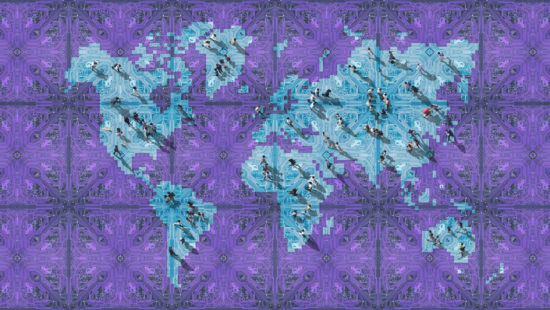 As the world struggles to address the many dimensions of the novel coronavirus pandemic, local cities and citizens have emerged as strong forces for effective and innovative responses. Leading scholars and medical professionals from nearly a dozen countries across five continents shared insights on how their cities and countries are coping with COVID-19 during two recent Meridian 180 forum discussions covering a wide range of topics and questions—from the unusual steps cities are taking in response to COVID-19 to the roles government agencies, public health institutions, corporations and citizens have played in addressing the pandemic. Take a look at some excerpts from the discussion here.

As the world struggles to address the many dimensions of the novel coronavirus pandemic, local cities and citizens have emerged as strong forces for effective and innovative responses. Leading scholars and medical professionals from nearly a dozen countries across five continents shared insights on how their cities and countries are coping with COVID-19 during two recent Meridian 180 forum discussions covering a wide range of topics and questions—from the unusual steps cities are taking in response to COVID-19 to the roles government agencies, public health institutions, corporations and citizens have played in addressing the pandemic. Take a look at some excerpts from the discussion here. 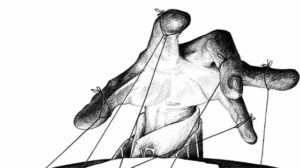 Departing from the customarily word-focused format, our recent forum was grounded in images and objects. Inspired by works such as “Flat is the New Deep,” by Sunwoo Hoon, participants explored artistic responses to the rise of global platform companies whose business models offer (apparently free) mass connectivity in return for the relatively invisible extraction of information and data. They also explored how art could be more effectively and deliberately deployed to inform and mobilise public opinion on this and other issues of pressing social concern. This forum prompted participants to engage with artistic representations of the entanglement of technology, policy, privacy, power, and capitalism. Read more.

Among the developed countries, including Japan, the aging population is rapidly growing. As of 2017, Japan’s population of 65 and over is 27.7%, with an average life expectancy of 81.09 for men and 87.26 years for women. By 2070, life expectancy is expected to increase by another 10 to 15 years. According to a UN report, 16% of the world’s population is expected to be over 65 by 2050 (2019 United Nations World Population Outlook 2019). The interdisciplinary area of gerontology is attracting attention in this situation. Its aim is to look at old age, the process of aging, the specific difficulties faced by the elderly, and to have the elderly live a healthy, fulfilling and happy life. This includes everything from social welfare and health care, to community building, social activities, safe and secure urban planning, and consumer life. During this forum, we focused on “social technologies” that could respond particularly efficiently to aging issues. From social networking platforms and blogging sites to e-commerce and crowdsourcing, social technology is at the heart of a wide range of stakeholder interactions and collaborations. As technology continues to expand and evolve, it makes it easier for people to share their opinions with others. But technical literacy is very different for older generations. Older people tend to be unfamiliar with new technologies, especially for reasons such as lack of knowledge, health problems, or inactivity. If we can find ways to mitigate these problems to improve the technological literacy of the elderly, we can create a more inclusive society through technology. In fact, building a community where older people have a more important and active role is not only possible, but necessary. Read more.

Data is a vital new resource. It is so powerful that some argue that whoever acquires, possesses, and masters data will win the Tianxia, the world. The field of data governance engages such questions, prompting us to consider who commandeers our vast quantities of data, how, and with what repercussions. Though many have discussed the commercial significance of data governance, largely focusing on its technological and organizational aspects, we are only beginning to skim the surface of its social, political, ethical, and legal implications. Read more.

In the modern world, especially in developed countries, “shrinking cities” have become a serious issue due to changing industrial structures, slowing economic growth, population decline, aging populations, and declining birth rates. This phenomenon, which has become prominent in the 21st century and is associated with the terms “anti-urbanization,” “de-urbanization,” “city depopulation,” and “decentralization and inversion of large cities,” has changed dramatically when compared to the 20th century, which experienced rapid industrialization and urbanization. Read more.

Various kinds of ‘truth’ can shore up, undermine, challenge, or legitimate democracy. The Meridian 180 forum on Democracy and Truth explored conceptions of ‘truth,’ from present-day historical narratives about democratic transition to growing concerns about denials of scientific facts and fears about diminishing accountability during perceived democratic crises. Read more.

Juries and lay judges are longstanding features of many common law and civil law legal systems. In recent years, however, we have seen both the introduction of new systems of lay participation in some countries and the restriction or elimination of existing systems in others. The Meridian 180 forum on Public Participation in Legal Decision Making examined the phenomenon of lay participation in law, and the causes and consequences of its rise and fall around the world. Learn more.

In the City Diplomacy online forum, moderators invited members to reflect on the increasing boldness and visibility of cities’ diplomatic engagements. Among the questions posed were whether city diplomacy is really a growing phenomenon, what versions of international relations it might produce, what the implications might be for rural and remote communities, and what the risks for cities themselves might be of the resulting global connection and disconnection. Read more.

In an age of globalized biennial culture, East Asia is no exception. Countless art biennials, festivals, and fairs in East Asia monopolize state and private resources to reinforce dominant trends and values of market-centered capitalist globalization. But how might we rethink and remake these proliferating international arts and culture events, and the mega-festival form itself, into a different kind of “festival”—one challenging the evolving entrepreneurial activities of post- or neo-developmental states? Read more.

Meridian 180 held a forum for insights on the North Korean nuclear crisis from the unconventional viewpoint of the North Korean elite by posing this hypothetical: Imagine yourself as a member of Kim Jong-Un’s inner circle, born and raised to rare privilege and rank in North Korea. How would you advise Kim when the wrong word could cost you your life of comfort, if not life itself, but continuing on the present course be just as disastrous? Read more.

Meridian 180 members discussed a series of stimulating questions focused on the intersections of authority, media, and the public, and the different roles and questions each stakeholder should be considering. The forum engaged a wide range of experts including legal scholars, journalists, economists, political scientists, and policymakers and resulted in a lively exploration of the role of technology, media, and power in a post-truth era. Read more.

Prompted in part by recent scandals in the United States surrounding the hacking and release of email data, Meridian 180 members thought widely about the issues and implications of how to govern data, as well as how data governs individuals and systems. The forum generated a wide exchange of ideas from a diverse group of economists, sociologists, computer scientists, anthropologists, and legal experts from Australia, China, Korea, the United States, and Latin America. Read more.